Not long ago, I received a set of wine samples from Navarra that was sent by Balzac Communications as an introduction to the Navarra Wine Region.

To the north, near the French border, the terrain is very mountainous, but south of Pamplona is Navarre's agricultural area. The land is flatter with a continental Mediterranean influence (long, dry summers and cold winters).

The region used to be famous for its rosado (rosé) wines from Garnacha, a grape overwhelmingly dominant in the 1980' (90% of the plantings at the time). But recently, many Navarra winemakers have modernized their equipment as well as their planting, harvesting and production methods. Grenache is now less than 40% of plantings, with Tempranillo close behind and there is an increase use of Cabernet Sauvignon, Merlot, Chardonnay, and Sauvignon Blanc. 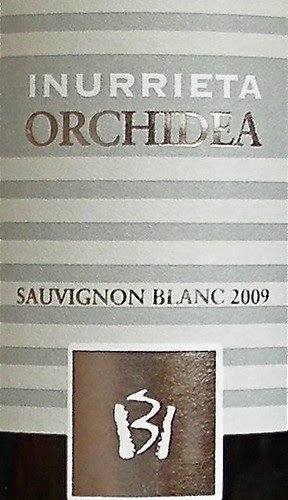 The first sample was the 2009 Inurrieta Orchídea. Bodega Inurrieta owns 230 hectares of vineyards in the Ribera Alta sub-region, 57 km (35 miles) south of Pamplona. Although it's a new estate founded in 1999, the area's winemaking traditions date back to the 1st century BC during the Roman rule. Plantings include Garnacha, Merlot, Cabernet Sauvignon, Syrah, Graciano, and Sauvignon Blanc.

The wine is 100% Sauvignon Blanc and this is the only white produced at the winery. It exhibits a light yellow color and an aromatic nose of citrus, peach and white flower. On the palate, it is crip, more fruity than grassy, with a light finish. Try it with Trucha a la Navarra, a Navarra Style Trout. 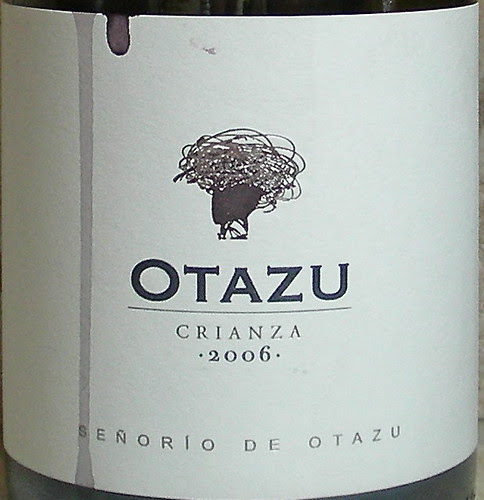 We also tasted the 2006 Otazu Crianza, a blend of 35% Tempranillo, 35% Merlot, and 30% Cabernet Sauvignon. Located between the Sierra del Perdón mountain range and the Sierra de Echauri, just 8 km from Pamplona, the Señorío de Otazu winery is Spain's northernmost vineyard for red wines. The microclimate is predominantly Atlantic with rainy winters and sunny summers. The estate grows four grape varieties: Tempranillo, Merlot and Cabernet Sauvignon for red wines and Chardonnay for whites.

The wine has a dark color and a nose of spices and herbs. The palate is round, medium-bodied and quite tasty. Try it with Pochas with Paprika, an other specialty from Navarra with fresh local white beans. 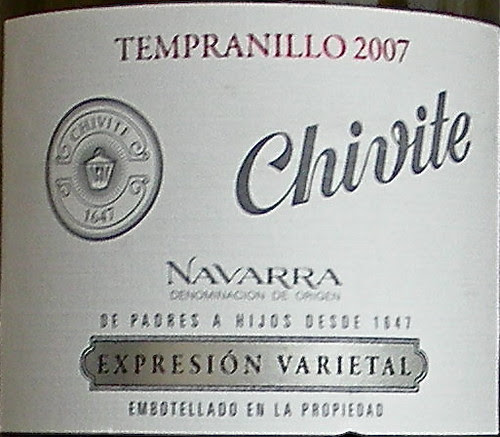 Our last sample was the 2007 Chivite Expresión Varietal Tempranillo. Founded in 1647, Bodegas Julián Chivite is one of the oldest wine producing dynasties in Spain. Currently the bodega owns almost 500 hectares of vineyards and is run by the eleventh generation. In Navarra, the Chivite estate vineyards are located at Cintruénigo in Navarra Ribera Baja, at nearby Corella not far from the border with Rioja Baja, and at Marcilla in Navarra Ribera Alta. Plantings are predominantly Tempranillo and Garnacha with some amount of Chardonnay, Cabernet Sauvignon, Merlot and Muscat à Petit Grains.

The Chivite Tempranillo has a dark purple/violet color and an aromatic nose of moka and black cherry. On the palate, the wine is still young with mineral notes and a nutty finish. Try it with an another dish from Navarra: Pollo Chilindron, a chicken stew that uses red bell peppers, a common ingredient in that part of the country.

Catherine Granger
I don't remember exactly when I really started enjoying wine, maybe during one of my college years that I spent in Bordeaux. I didn't know much about wine at that time and I remember buying wines based on the label design rather than on the name of the château... About me